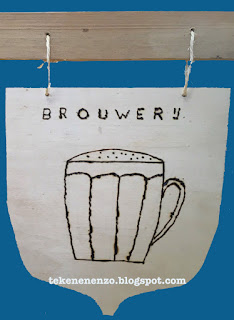 You need:
In the Middle Ages in Europe many artisans and merchants were joined in a guild. A guild was a kind of union for people with the same profession. The guild proposed rules for their members and provided in the exchange of knowledge and experience.
Examples of trade guilds are baker's guild, weaver;s guild, brewers guild or carpenter guilds.
Market vendors and peddlers were members of a merchant's guild. They traded goods such as fabrics, wood and food. 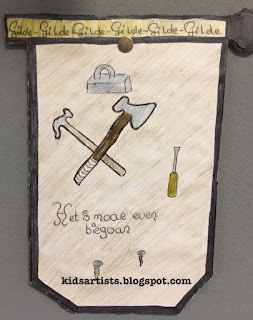 After a lesson about medieval guilds, these guild signs were made. The goal was to create a guild sign on which you can see what guild you're dealing with.